Ontario is about to implement a Cap and Trade scheme, which will finally put a price on carbon pollution. Under Ontario’s plan, large emitters (those that produce more than 25,000 tonnes of carbon annually) will be forced to participate in a carbon market and pay for allocations equal to their emissions. Over time, the number of allocations available will decrease, causing the cost of allocations to rise, and providing industry with incentives to innovate and use less fossil fuel. This emissions reducing cap and trade scheme represents a signature piece in Premier Kathleen Wynne’s climate change strategy. 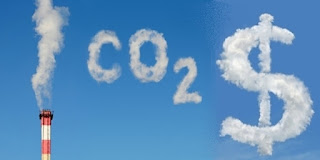 Earlier this week, Greater Sudbury’s EarthCare hosted an expert panel discussion on the expected impacts of Cap and Trade on Northern Ontario’s economy. While the overall design of Ontario’s cap and trade scheme won’t be released until later this year, the message delivered to business and industry was clear: if you want to continue to emit greenhouse gases, you will shortly be paying for the privilege of polluting our atmosphere.

For the first few years, free allocations will be given to large emitters in sectors where and local industry could be exposed to higher costs that make them less competitive than their international competition. These free allocations may be good for Northern Ontario’s trade exposed resource extractive industries, but ultimately the practice of giving away allocations may result in downward pressure on the price of carbon.

Getting the price right is critical to the success of any carbon pricing program. In British Columbia, the only Canadian province to level a direct tax on carbon pollution, the per tonne cost of carbon is currently set at $30. Ontario, through its participation in the Western Climate Initiative with Quebec and California, anticipates that its carbon pollution price will start off at around $17 per tonne, but ultimately the price will be subject to what the market decides an allocation is worth.

When Europe initially experimented with a cap and trade carbon market, the issuance of free allocations to big emitters led to a collapse of the market, with 2011 prices falling from around $30 per tonne to just over $7 per tonne by 2013 (see:“ETS, RIP?” The Economist, April 20, 2013). With only marginal costs for large emitters to continue polluting, Europe’s success at reducing emissions through cap and trade was significantly compromised.

Keep in mind, to change consumer behaviour, some have identified that the price of carbon would need to be set somewhere between $80 and $220 per tonne (see:“Estimated social cost of carbon not accurate, Stanford scientists say,” Stanford News, January 12, 2015). Ontario’s initial carbon price is expected to increase the cost of a litre of gasoline by just $4.3 cents – an amount that consumers can expect gas to rise by on the Friday of a long weekend. With gasoline prices at the lowest they've been a decade, increases due to cap and trade will likely accomplish little in terms of reducing emissions.

Ontario plans to invest revenues raised from cap and trade into low carbon research and development, transportation, and building and energy infrastructure which promotes climate resiliency. Northern Ontario, which has generally lacked from these sorts of investments in our communities, should be a net winner from the province's cap and trade winfall. With longer and colder winters to contend with, the needs of the north can’t be ignored by Queen’s Park. Rather than promising to build more roads, we should expect the province to start talking up inter-city public transportation options like rail and bus services, along with improved transit options within communities. Ultimately, reducing emissions through transit and energy efficiency investments will leave northern communities better positioned to thrive in the coming low-carbon economy.

Originally published in the Sudbury Star as, "Sudbury Column: Ontario's cap and trade scheme a mixed bag," Saturday, April 9, 2016, in print and online (without hyperlinks).
Posted by Sudbury Steve at 6:55 AM