“Humanity is conducting an unintended, uncontrolled, globally pervasive experiment, whose ultimate consequences are second only to global nuclear war.”
- From the “Consensus Statement from the ‘Our Changing Atmosphere: Implications for Global Security’ Conference, Toronto, 1988 (see: “When Canada led the way: a short history of climate change,” Elizabeth May, Policy Options, October 1, 2006)

I was 13 years old in the mid-1980s when I first started writing about climate change – although at that time, it was mostly called ‘global warming’.  As a young teen, science programs on television, like David Suzuki’s “Planet for the Taking”, and articles in popular science magazines like OMNI, really resonated with me.  My grade 8 science fair project was on the “Greenhouse Effect” – a topic of public popularity, but hardly cutting edge science in the mid-1980s, given that Swedish physicist Svante Arrhenius had first written about the heat trapping properties of carbon dioxide in the Earth’s atmosphere back in 1896 (see: “Svante Arrhenius,” Wikipedia).

It was interesting to trace the coastline of a Florida-free North America inundated by rising oceans, and to colour Greenland “green” on the map to highlight the ice that would one day not be there.  But I gave little thought to what those science project maps would mean in the real world: billions of people displaced from their homes, and my own children and grandchildren inhabiting a world that I would be unable to recognize. It’s not because climate change was an abstract concept that I thought little about the consequences. It was mainly because I believed that the international community would never allow such a catastrophe to befall humanity.

You see, back in the 1980s, we knew we could tackle climate change.  We had reasons for environmental optimism.  Canada and the United States worked together to reduce sulphur dioxide emissions, leading to the Acid Rain Treaty signed by U.S. President George H.W. Bush and Canadian Prime Minister Brian Mulroney in 1991 (see: “U.S. – Canada Air Quality Agreement,” Wikipedia).  And the Montreal Protocol to close the hole in the ozone layer was agreed to by the international community in 1987 (see: “The Montreal Protocol,” Wikipedia).  Back then, Canada was a world leader in the advocacy of science-based international responsibility.

In 1988, the Prime Ministers of two cold, oil-producing nations – Canada’s Brian Mulroney and Norway’s Gro Harlem Brundtland, called for the creation of a “law of the air” - a binding international treaty to stabilize the planet’s atmosphere (see: “Norway and Canada Call for Pact to Protect Atmosphere,” the New York Times, June 27, 1988).  In 1990, at the second World Climate Conference, British Prime Minister Margaret Thatcher championed the idea of sustainable development in the context of a warming planet, saying, “The danger of global warming is as yet unseen, but real enough for us to make changes and sacrifices, so that we do not live at the expense of future generations.” (see: “The 'Iron Lady's' strong stance on climate change,” Douglas Fischer, the Daily Climate, April 8, 2013)

But all of that was before a public opinion campaign was waged by the oil industry to undermine the science of climate change.  This secretly funded campaign left many Canadians confused and doubtful about the global scientific consensus (see: “”Dark Money’ Funds Climate Change Denial Effort,” Scientific American, December 23, 2013).  In America, it ultimately led to the election of Donald Trump, who claims climate change is a “Chinese hoax” (see: “Yes, Donald Trump did call climate change a Chinese hoax,” Politifact, June 3, 2016). It’s also led to 20 years of lost time – time that we could have used to slowly wean our economy off of fossil fuels.

Emissions have continued to sky-rocket. Only lately have our governments decided that they needed to be seen to be taking action on climate change. Small prices have been put on carbon pollution in British Columbia, Quebec, and recently in Ontario and Alberta.  Prime Minister Trudeau has said that there will be a minimum $10 per tonne price on carbon in place throughout the nation by 2018.  Actions have been timid in part because elected officials lack the courage to face an electorate that includes a large number of people who either don’t believe in the reality of climate change, or don’t understand its causes.
Some environmentalists have been eager to pat our governments on the back for taking small actions to reduce emissions.  But these initiatives will be more than offset by the continued public subsidies given away to profitable fossil fuel corporations, and the building of pipelines needed to expand production in the tar sands.  Environment Canada projects emissions to rise, despite the feel-good government rhetoric (see: “Environment ministers face rising carbon emissions numbers,” CBC, January 29, 2016).

The International Energy Agency (IEA) isn’t buying it either.  Every year, the IEA produces a report on global energy use and expected trends.  2016’s report, released a little less than a year after the Paris climate treaty was negotiated, includes a number of scenarios for the future use of fossil fuels (see: “Scenarios and Projections,” IEA.org). The IEA’s “450” scenario, named after the number of parts per million of carbon dioxide that would be in the atmosphere if warming were to be held at just 2 degrees Celsius as called for in Paris, would see the demand for oil peak in 2020, and steadily decline.  But the IEA didn’t select the 450 scenario as the most likely direction for the planet.  It instead opting for what it calls the “New Policies” scenario, based on the actual commitments made by the international community to limit warming.  Together, these commitments would see the world warm by about 3 degrees Celsius (see: “World on track for 3C of warming under current global climate pledges, warns UN,” the Guardian, November 3, 2016).  That’s better than the 4 to 5 degrees of warming the planet would see if did no more than we are doing today, but the IEA’s most likely scenario wouldn’t see oil demand peaking until 2040 (see: “Peak Oil? Not until 2040 says the International Energy Agency,” World Economic Forum, November 18, 2016).

A rise in annual average temperature between 2 and 3 degrees doesn’t sound like much – especially in the midst of a Sudbury winter.  But the 2 degrees Celsius barrier was originally chosen by the international community because the best available science at the time suggested that if warming were limited to that amount, we would likely just miss triggering the feedback loops that lead to runaway warming (see: “Runaway Climate Change,” Wikipedia).  A tremendous amount of carbon is stored in the North’s permafrost.  It’s already melting, and the warmer it gets, the more greenhouse gases will be released by melting permafrost.  That’s a feedback loop.

It’s for this reason that 2 degrees Celsius has been called the climate’s “magic number”.  But a growing number of climate scientists are saying that 2 degrees Celsius might still lead to an unacceptable level of greenhouse gases in the atmosphere (see: “Will We Miss Our Last Chance To Save The World From Climate Change?” RollingStone, December 22, 2016).  That’s why the Paris climate agreement has an aspirational warming limit of 1.5 degrees C – a limit initially proposed to the international community by Canada.  But it’s one that pipeline-approving Prime Minister Justin Trudeau has no desire to hold Canada to.

It is only within this framework that a climate action plan that sees the tar sands double its production could be considered a success story for the planet.  And yet, that’s exactly what many so-called ‘progressives’ are saying about Alberta’s plan.  It is true that Alberta’s plan to reduce carbon pollution is probably the most aggressive plan of any Canadian province.  However, it is far from the plan that we need now to limit warming after 20 lost years of inaction.

Rather than defending extremely weak plans, progressives ought to be calling for workable solutions – and shaming the governments of Alberta, Ontario, British Columbia and Canada for their weak efforts, just as they did Stephen Harper’s Conservative government.  With only a few years left to avoid the risk of feedback loop-triggering tipping points in the climate system, the weak and contradictory actions of Liberals and New Democrats are in no way a replacement for the complete inaction of Conservatives.

Earlier this week, Hollywood celebrity Jane Fonda was in Alberta, where she urged Canada to do more.  Predictably, Alberta Premier and bitumen pipeline champion Rachel Notley, referred told the media that Fonda was “ill informed” and “did not know what she was talking about” (see: “Jane Fonda 'dining out on celebrity' but starved for facts, Alberta premier says,” CBC, January 11, 2017).  But Fonda was right to point out that we shouldn’t let ourselves become suckers to good looking liberals who talk a good game on the climate, but who are committed to continuing to run the “globally pervasive experiment” we were warned about in 1988.  What’s clear is that those who call themselves ‘liberals’ and champion projects that will see carbon emissions grow are the new enemies of the planet.

My 13 year old self would never have imagined that in 2017 we would be facing a systems crisis caused by climate change, thanks in part to a science disinformation campaign, and to political leaders who substitute weak and contradictory actions for doing the right thing out of fear over an electoral backlash.  In my childish naivete, it would not have occurred to me that humanity would lack the wisdom to unplug the apparatus used to conduct an experiment whose ultimate consequences would lead to the destruction of the planet. 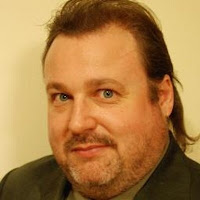 A significantly edited version of this post appeared in the Sudbury Star as "Wisdom, courage needed in climate change fight," online, Saturday, January 14, 2017, and in print, Monday, January 16, 2017.
Posted by Sudbury Steve at 5:14 PM