On the day that U.S. President Obama nixes the Keystone XL pipeline because of concerns related to climate change, Canada's new Liberal government is falling all over itself to tell Canadians that we'll still be pursuing new pipelines. Prime Minister Trudeau is "disappointed" with the U.S. decision (see: "Justin Trudeau 'disappointed' with U.S. Keystone rejection," CBC, November 6, 2015). Foreign Affairs Minister Stephane Dion insists that Canada "has no choice" but to develop the tarsands (see: "Keystone XL rejection proves need for sustainable oilsands development: Dion," the Canadian Press, November 6, 2015).
What should be coming increasingly clear now is that the Liberals reallyhave no plan or credibility when it comes to climate change. This talk of "sustainability" is clearly greenwashing - they don't understand the meaning of the word. Stephane Dion of all people should know very well that the tarsands cannot be developed sustainably. 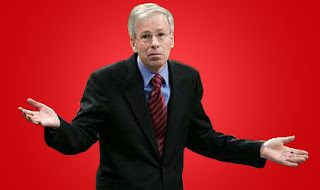 Environmental groups praised Obama's decision today.  Of course it was the right one to make, but some of those very same environmental groups urged Canadians to vote for the Liberals in the recent election - or embraced strategic voting initiatives which accomplished the same result.  These environmental groups need to take a look at themselves today and ask whether their focus on getting rid of Harper was worth installing a Liberal majority government in his place.
Canada will now waste more time, money and energy pursuing fossil infrastructure thanks to Trudeau and his kinder, gentler Liberal government.  Environmental groups that helped elect Trudeau will find themselves on the frontlines opposing his policies. And those pipelines? They're not going to get built - which is the good news - but we are all going to waste our energy, our own scarce personal resources, opposing our new Liberal's government bid to get dirty oil to tidewater and expand the tarsands enterprise.
I had hopes that maybe Mr. Dion would bring some sanity to a Trudeau-led cabinet.  I have those hopes no more - that sure didn't take long.  To insist that Canada doesn't have a choice as to whether we expand the tarsands is just so offside and unrealistic - I'm not sure what more there is to say about it.
Mr. Dion, Canada does have a choice - and it's one that we must make, and I'd argue we'd be better off making it sooner rather than later. It's time to begin phasing out fossil infrastructure. Building new pipelines to facilitate the growth of the tarsands isn't the answer. We have a choice - we can stop making stupid, wasteful choices, and start making smart ones.
Maybe we'll have to wait four more years for real action on climate change.  How long can this go on?
(opinions expressed in this blog are my own and should not be interpreted as being consistent with those of the Green Parties of Ontario or Canada)
Posted by Sudbury Steve at 10:07 PM